1 - A research team from the University of Illinois has created a new microscopy technique known as Nonlinear Interferometric Vibrational Imaging (NIVI) which produces images of tissue surrounding cancer cells and tissue with 99% accuracy--and it only takes 5 minutes. Before the invention of NIVI, sample cells would be taken from a patient. A stain would be added and pathologists would have to wait for the stain to set. After it set, the pathologist would have to visually analyze cells based on perceived abnormalities. Sometimes a pathologist could not come to a definitive conclusion and would have to consult with other pathologists before giving a diagnosis. NIVI eliminates the subjective diagnosis because it analyzes cells based on molecular structure. Now a patient can have biopsy results within minutes, and have confidence in knowing that the diagnosis is 99% accurate.

2 - German researchers at Helmhotz-Zentrum Berlin developed a new X-ray microscope that provides researchers with fine details on a cell. Previously, microscopy techniques required chemical fixing, staining, or cell-cutting. Not so with the new nanotomagraphy microscope invented by these researchers. Furthermore, the microscope creates high-resolution 3D images of the cell in one step, as opposed to electron microscopy which had to take cross-section images separately and then put them together to form the image.

3 - Scientists at Beth Israel Deaconess Medical Center and the Harvard School of Public Health are now using a real-time imaging system known as flourescence-assisted resection and exploration (FLARE) to track flourescent nanoparticles. The particles were tracked from the external environment into the lungs. Scientists were able to see the details such as chemical composition, size, form, surface, and movement charge of the nanoparticles.

1-The Hubble Telescope
The reason why the Hubble telescope should be in the list of technologies that expand our vision, hearing or just sensing overall, is because this telescope has enhanced mankind’s ability to see beyond our own solar system and fat into the edges of our galaxy. Some of the many achievements and discoveries thanks to the Hubble include dark energy, discovering planets and changing our view of the universe.

2-The Internet/Computers
The Internet has enhanced human sensing by shortening distance and creating new forms of communities. Humans with access to the Internet or even just to computers can enhance their ability to work faster and have access to information that king and emperors could only dream for.

3-The Speecheasy
The speecheasy is a devide that was deloped to help people who stutter. A short description found online describes it as the following;
“SpeechEasy fluency devices are based on a natural phenomenon called the "Choral effect". The choral effect occurs when a person's stutter is dramatically reduced or even eliminated when they speak or sing in unison with others. This choral effect has been well documented for decades. However, it is only recently that scientist have been able to re-create it in a small, wearable device that can be used in everyday life.”

4-Prostethic Limps
This technology has been able to return in some ways the abilities lost with the loss of a limp. Some more advanced technology go as far as returning the sense of touch.

The Corner Shot is a brutally simple contraption: a modified gun that, thanks to a hinged frame, under-the-barrel camera and handy video screen, allows the user to shoot around corners. Currently, there are three versions available, each with a different weapon at the business end of the frame—a pistol, a compact assault rifle or a 40mm grenade launcher. The device is designed for urban environments, where the ability to peek around corners with impunity is useful, but being able to open fire while behind cover is even better.
With the Corner Shot Launcher, the concept is the same, but the result is less subtle. Essentially a sideways-firing rocket launcher, it allows the user to aim with the same kind of integrated camera and video screen, and fire a massive 60mm round into an enemy vehicle or reinforced position, such as a bunker. This device, which could be an overwhelming weapon in urban engagements, is a collaboration between Israeli and German defense firms.
link: http://www.defence.pk/forums/world-affa ... -shot.html
(IMAGE 1)

Designer/Company: University of Texas Embedded Technology: Nickel-titanium shape-memory wire coated in a platinum catalyst.
‘Medical Nanotechnologists’ at the University of Texas have developed an artificial muscle that uses a Nickel-titanium shape-memory wire which is coated in a platinum catalyst.
In this technique, fumes of methanol, hydrogen and oxygen are made to pass over the platinum coated wire, these fumes then react chemically with the platinum coating which makes the wire to contract and thus act exactly like an real organic muscle capable of generating around 100 times more force as compared to a human muscle.
They have also developed a second type of muscle fabricated from ‘carbon nanotubes’. This one generates a slight lesser force as compared to the real stuff. The carbon sheets are expanded due to the charge formation as soon as the fuel reacts with oxygen fumes.
This artificial muscle is capable of storing electrical energy just as in case of a condenser, which may be used at the instant of heavy energy depletion. Scientists are thinking of amalgamating this technique with the ‘Robotic Exoskeletons’ to get a lethal combination of speed and precision.
link: http://www.scienceahead.com/entry/top-2 ... hnologies/
(IMAGE 2)

1)Airport Full body Scan
This body scan uses radio waves so that it is safe for the public in the machine. The radio waves do not give off radiation. This technology provides extra security for the airport. It is meant to safely screen passengers for metallic and nonmetallic threats including different objects such as weapons or explosives that are hidden beneath layers of clothing without forcing security to conduct physical contact. This allows the security to physically see different objects that they normally would not be able to see if someone were just walking threw a line.
http://www.tsa.gov/approach/tech/ait/how_it_works.shtm

2)Artificial Limbs
New medical technologies are beginning to make limbs more realistic. People are beginning to be able to move their artificial limbs by their thoughts similarly to a real limb because they are able to attach them to tissue and nerves. “There are even devices that are able to mimic the sense of touch, what’s known as ‘artificial skin.’ This is a rather complicated technical feat, but solutions have been proposed that involve a nanotube layer that measures changing resistance.” These devices are beginning to become so advanced that artificial skin can give the person the same feeling when they touch and object as if it was a real limb.
http://ieet.org/index.php/IEET/more/dvorsky20090109


3)De-Tech-Tives
This devise was invented by Pattie Maes and a group at MIT. They propose this idea for humans sixth sense. You are supposed to wear it and it works as a full time computer type devise. It consists of a camera, a projector and a mirror. The projector allows people to use objects around them to use them as interface and manipulate the objects.
http://d-tech-tives.blogspot.com/2010/0 ... ology.html 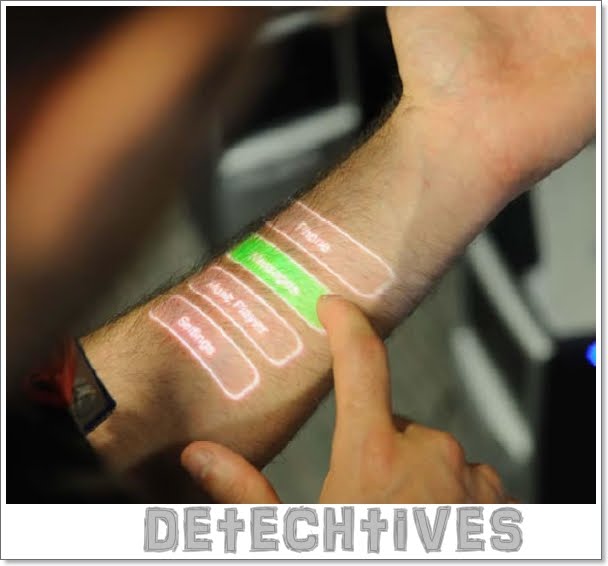 MIT is working on producing a technology that socially engages kids with Autism. Although still in its early stages, this technology would increase communication for those that struggle to stay focused or to understand most conversational conventions / verbal and non-verbal cues.

An interactive white board, SMART boards allow teachers to maintain the simplicity of the standard white board with the technological capabilities of a computer. This invention has allowed for expansion in the education world by allowing for quick and easy lecture deliverance, editing, and saving.
(See Image 1)

Maingear Computers allows for gamers to transcend the two dimensional sphere of gaming into the three dimensional world of exploding pixels across several screens.
This YouTube video demonstrates: http://www.youtube.com/watch?v=bsJvrMEc ... r_embedded#!

I posted my response as a word doc. 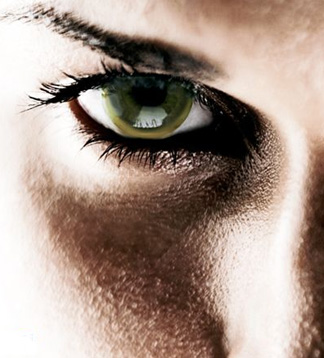 These Nike Tinted Contact Lenses are made to help for peak sport performance by enhancing the vision of the athlete using the lenses. There are two options for tints: amber or grey-green. The amber contact lenses are "for sports requiring the tracking of a fast moving ball" while the grey-green lenses are for "sports played in bright sunlight" http://www.progressiveoptometry.com/in_ ... nted_.html. Examples of sports that could be enhanced by the use of the amber lenses are soccer, tennis, baseball, softball, and football, while the sports that could be enhanced by wearing the grey-green lenses are golf, running, paddling, and surfing.

The UV camera technology enables us to view the sun-damage that ultraviolet rays do to our skin. Without this camera, we can only see a few freckles and wrinkles, but with this camera, it enables us to see the damage below the skin's surface. This camera takes a twin photo where one image shows what the naked eye can see and the next image what the ultraviolet damage-detector can see. This is productive because it allows us to be more proactive about the health and preservation of our skin.