Report for this topic is due by April 29 but each of your submissions can be updated throughout the length of the course.

by kevinclancy
I really enjoyed this week’s focus on materiality, and its effect on process, experimentation, and conceptual content. I thought of a number of photographers and filmmakers who utilize experimental chemical processes to make still and moving images that resonate with the examples we covered in class. 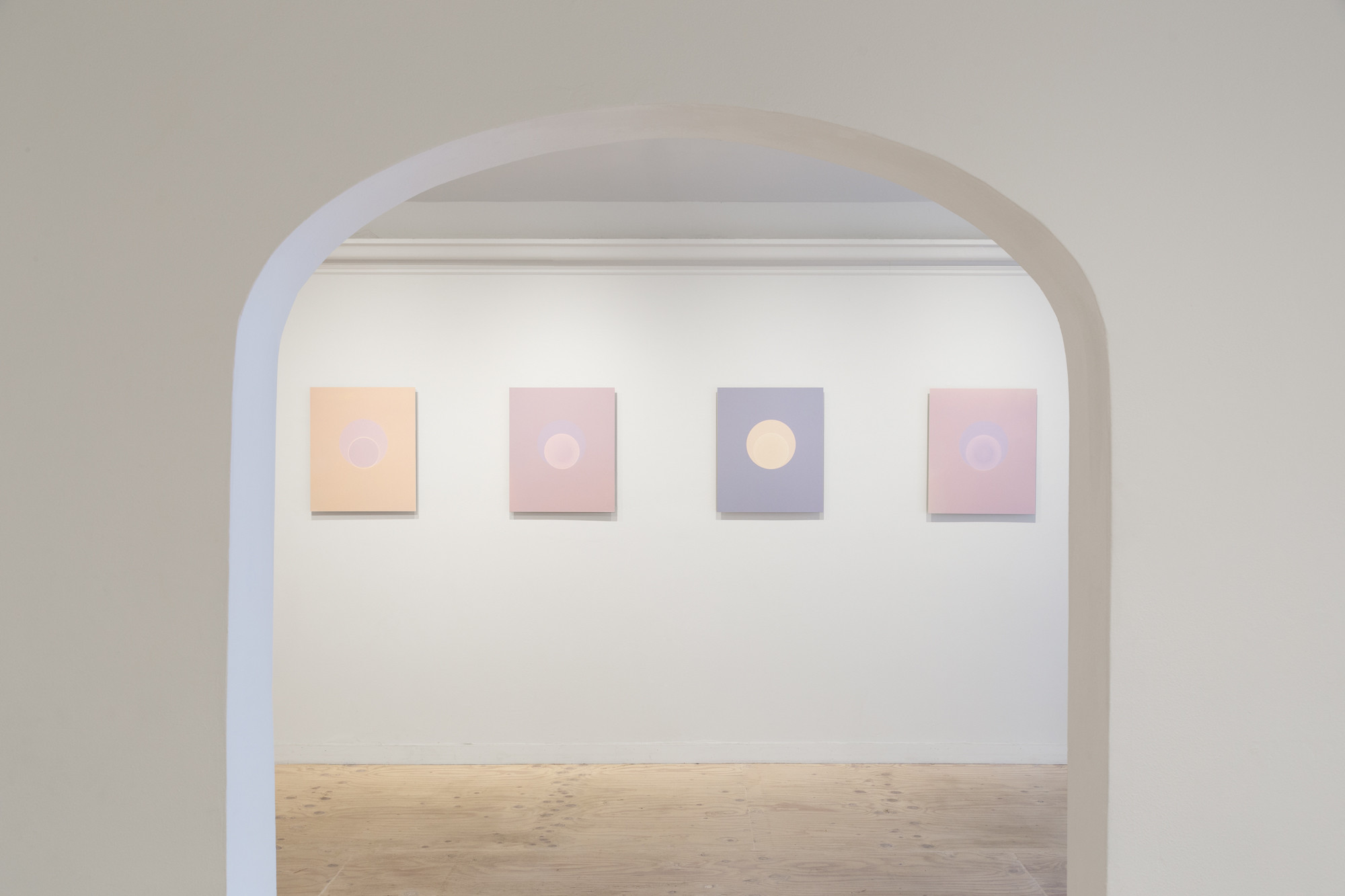 Rachelle Bussieres makes sublime “lumen prints” using only sunlight, constructed shadows, lenses, and photo-sensitive paper that build on the lineage of the Henry Fox Talbot salt prints and Rayographs that were covered in class. This work is largely about the phenomenological capture of light and energy. There is a delicate ephemerality in Bussieres lumen prints that echo Man Ray’s momentary capture of fleeting smoke. 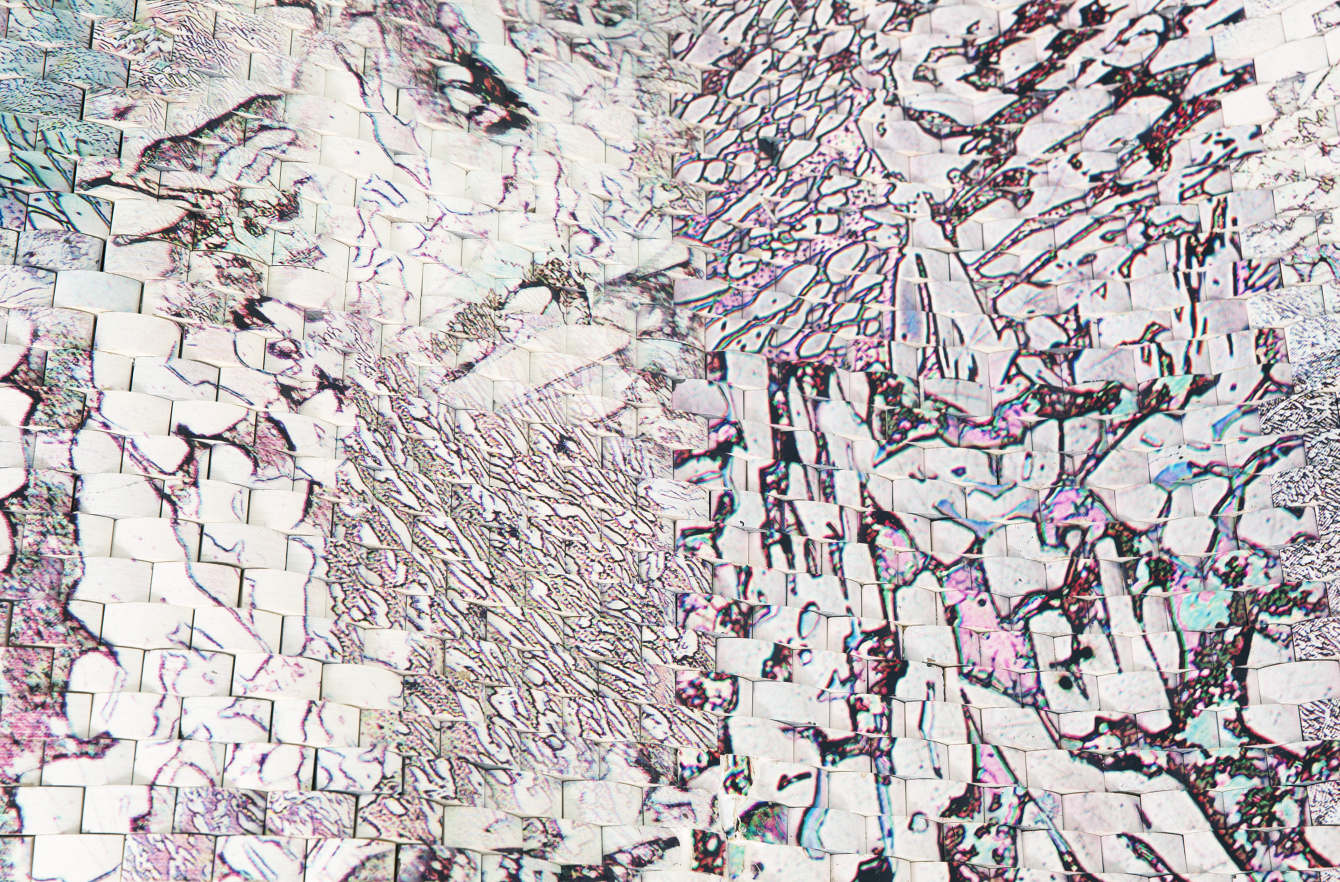 Antonia Kuo works in a range of media from abstract chemical prints to sculpture to experimental film/video, often fluidly combining these media. Our look at the accidental photographic textures of Ellen Carey and Allison Rossiter made me think of Kuo’s work. Her most recent works have blended these analog and digital processes in interesting ways, from UV printing onto tiled surfaces that are constructed into sculptural topologies to laser cutting and collaging a dense array of experimental photographic textures.

I thought of Ann Hamilton’s face to face series initially in Week 1’s focus on the camera obscura, and her simple but evocative “body camera” comes up again for it’s visceral materiality. Hamilton would place a small pinhole camera inside of her mouth, standing face to face with her subject, she would open her mouth for a specific amount of time to expose the film. Hamilton describes this process as the transformation of the “orifice of language to the orifice of sight”. 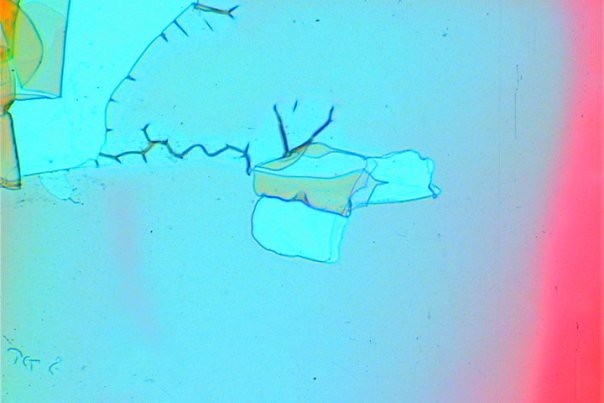 The same experimentations with chemistry and alternative processes translated directly from still photography to moving images. I first heard of the term “handmade film” from Luther Price who taught a popular course by the same name for many years at MassArt. Price, who recently passed away, would manipulate his film strips with chemicals, scratches, mark making, and even burying it in the ground for periods of time. The delicate manipulated film strips would then be reexposed onto new film with an optical printer. These alchemical manipulations feel like a different perspective on the “entropic vision” I mentioned in Rachel Rossin’s work last week. Stan Brakhage was an early pioneer of this field of experimental handmade cinema, and I got to see a number of his original prints at the MassArt Film Society while I was an undergrad there. Jennifer West is an interesting LA-based contemporary artist continuing in the legacies of Brakhage and Price, who makes abstract films where the materiality of the film manipulation is core to the conceptual content of the work. Her titles and materials lists become as important as the film itself, for example:


Salt Crystals Spiral Jetty Dead Sea Five Year Film (70mm film negative floated in the Dead Sea and given a healing clay bath in extreme heat in 2008 - stuffed in a suitcase, placed in studio buckets, covered in clay and salt for five years - dragged along the salt encrusted rocks of the Spiral Jetty and thrown in the pink waters in 2013 in below 10 degree weather - Dead Sea floating and mud baths by Mark Titchner, Karen Russo and Jwest - Spiral Jetty dragging and rolling by Aaron Moulton, Ignacio Uriarte and Jwest - DIY telecine frame by frame of salt covered film by Chris Hanke), 2013, 54 seconds, 70mm film negative transferred to high-definition, Commissioned by the Utah Museum of Contemporary Art

When we began to talk about Noise, I immediately thought of the philosophy of Michel Serres, who was the subject of my recent theory course with Colin Gardner. Serres is not known for his brevity or easy summation, but he was deeply influenced by Information Theory and the concept of noise is central to his book Genesis. To oversimplify, Serres sees noise as a foundational, omnipresent behavior of the Universe, and he sees the disruption, chaos, and multiplicity of noise as a generative process that keeps systems from falling into stasis. To pull just a few of many quotes on noise from Genesis:

“There is no wall impervious to noise. There are walls impervious to vision or light, there are boxes of shadow, no one has ever found silent places.”

“Noise, again. The background noise is permanent, it is the ground of the world, the backdrop of the universe, the background of being, maybe.” (Serres 1995, pp. 61-62)

I remember Ralf Baecker quoting Serres in his MAT Seminar lecture as a formative philosophical figure in his artistic exploration of noise. I found the mention of Leibniz’s I Ching to Binary System very interesting because Serres repeatedly mentions Leibniz in Genesis (and throughout his career), and the I Ching to Binary System, and the impossibility of silence, find interesting intersections in John Cage. 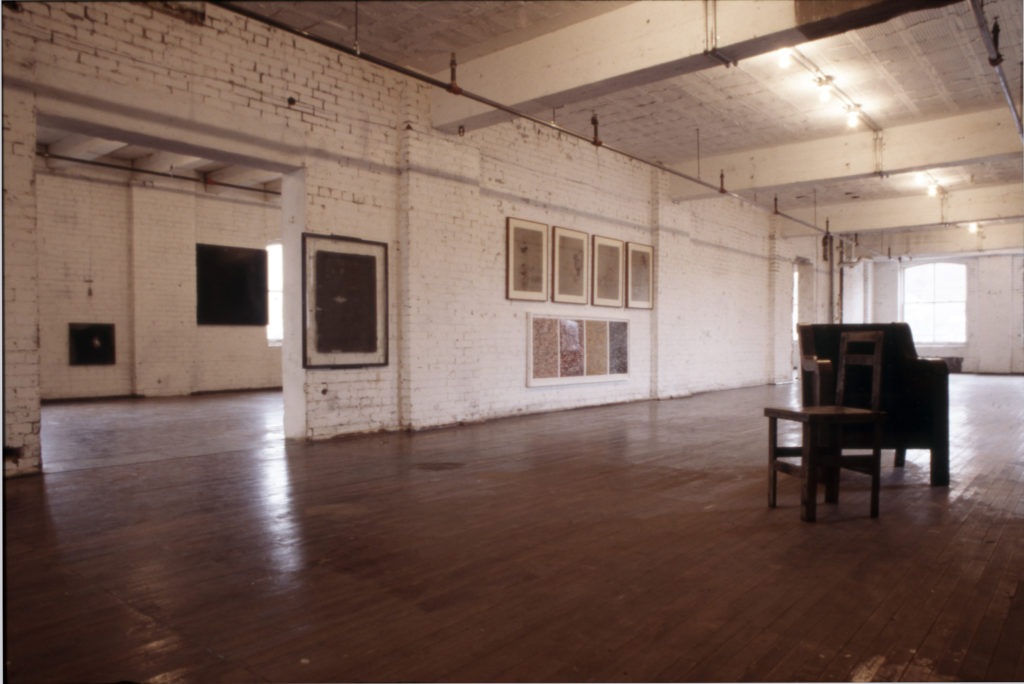 I am thinking specifically about John Cage’s changing installation (1991) at the Mattress Factory in Pittsburgh, in conjunction with the 51st Carnegie International. Cage had been using the I Ching as a notation system for generative composition, and around this time he began to shift his generative system for noise, randomness, and chance to a computer program. An entire floor of the museum was mapped out into a numerical coordinate system, and each morning the computer algorithm would generate new positions for the artworks and chairs of the exhibition, which would be physically rearranged by the curator in an ever-shifting installation. 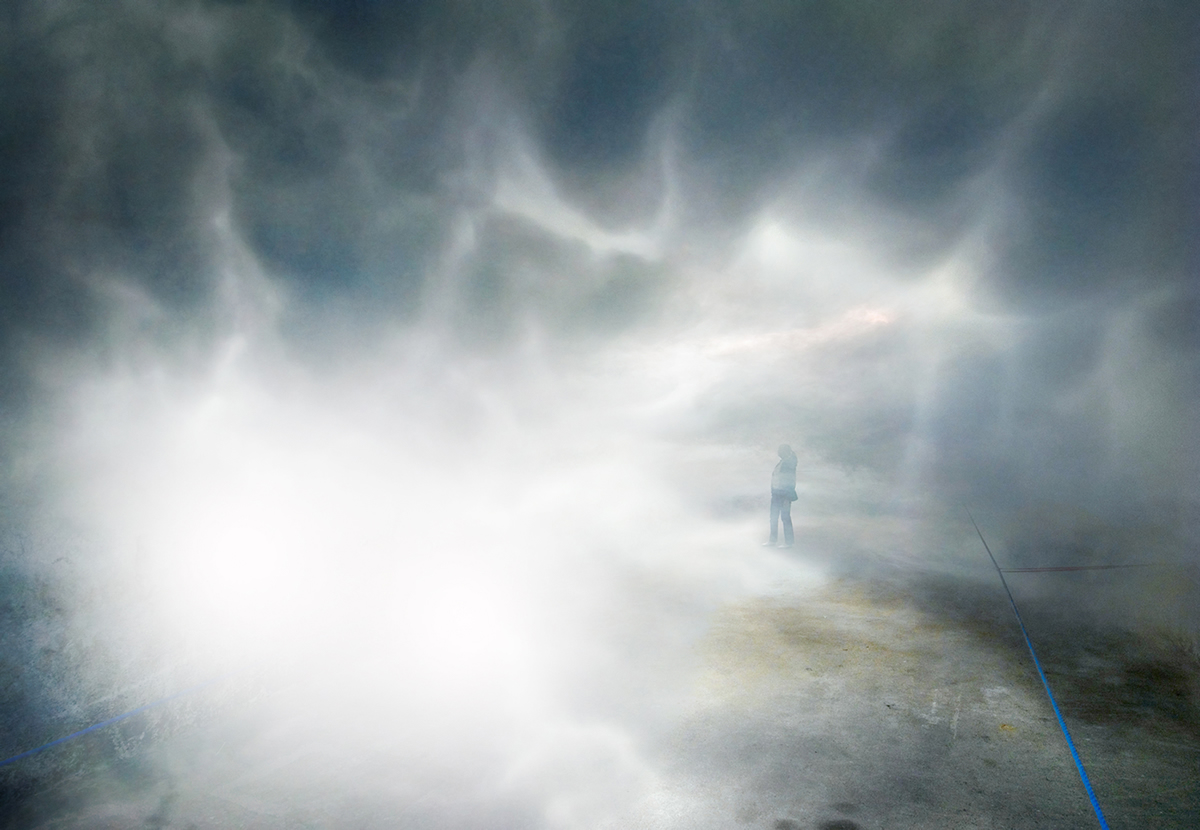 The new media works we covered in class, particularly Tatsuo Miyajima, Ryoji Ikeda, and Jim Campbell, made me think of another Pittsburgh institution, Wood Street Galleries. Looking back into the extensive archive of Wood Street Galleries, I was able to find installations by many of the artists we have covered, including Steina and Woody Vasulka, Doug and Mike Starn, Jim Campbell, Nam June Paik, Ryoichi Kurokawa, and Ryoji Ikeda. Wood Street Galleries has been an incredible resource for me, exposing me to a steady stream of innovative international new media artists in a very intimate setting hidden above a subway station in downtown Pittsburgh. Kurt Hentschlager’s “Zee”, exhibited twice by Wood Street Galleries, was a transcendent experience that exemplifies this exploration of visual noise, synthesis, and perception. The work was shown in an abandoned building in downtown Pittsburgh, and when you entered the space you completely lost your spatial awareness in a dense fog, strobing lights, and an immersive soundscape. It was an indescribable and hallucinatory experience. The rate of the strobing lights produced patterns of sacred geometry that interfaced with material optics of the eye and the processing system of the brain in a way that I have never experienced before or after. According to Hentschlager:


ZEE proposes a state of tabula rasa and unfolds without a narrative or reproducible imagery.

The audience wanders freely in a space filled with extremely dense fog that fully obscures all of its boundaries. Stroboscopic- and pulse lights illuminate the fog, in a softened and evenly dispersed manner, creating kaleidoscopic three-dimensional structures in constant animation. An ambient and minimal sound-scape connects to the imagery, without directly synchronizing to it.

The core visual impression of ZEE is of a psychedelic architecture of pure light, an abstract luminescent landscape enveloping the visitor. Time appears to stand still.

by jungahson
This week's topic reminded me of a preliminary course at the Bauhaus. In the basic workshop, students experimented with tools and machines, with various kinds of materials such as wood, metal, rubber, glass, textile, paper, plastics, etc. By working with the different materials, students can discover possibilities and acquire knowledge of their appearance: structure, texture, and surface treatment. From tactile exercises, students learned the material principally by means of their sense of touch. Below are some examples of student-gathered materials.

Moholy-Nagy mentioned in his book 'The New Vision' about four component terms used for the different appearances of materials: structure, texture, surface aspect or surface treatment, massing (mass arrangement).
First, structure is the unalterable manner in which the material is built up. Each material has its own structure. Below are structures of wood and paper wasp's nest, respectively.

Second, texture is the organically resulting outward surface. Below is Moholy-Nagy's photo of texture of a cat's fur.

Third, surface aspect means the sensorily perceptible result of the working process. For example, we can see the surface aspect of water by combined effect of wind and the ship's motion.

Lastly, massing can be considered as the regular, rhythmical, or else irregular arrangement.

by alexiskrasnoff
First of all, I think it's very funny that Kevin posted about artists manipulating film strips and soaking them to create interesting effects, because the first thing I wanted to talk about was this photographer I found on Tiktok this week that does the same thing! She calls it "souping" her film, and she experiments with a lot of different recipes and creates some pretty interesting effects! Her are some of her videos showing her photos created with this technique: https://www.tiktok.com/@elmarie_film/vi ... _webapp=v1
https://www.tiktok.com/@elmarie_film/vi ... _webapp=v1 and she has more on her page.

I'm also very excited we are getting into AI photo generation, as it's something I've worked with a lot and am just generally pretty interested in! I'd like to bring up this implementation of a GAN called Artbreeder because it's a free and easy to use website that allows you to create some really interesting photos from nothing. You can choose different categories of training sets to use as well as adjust parameters/weights to create different kinds of images. Here is the website, I encourage you guys to check it out because it's a lot of fun to play with! https://www.artbreeder.com/browse
Here are some images I've created with it. I mostly like using the painting category, but the general category produces more photographic results 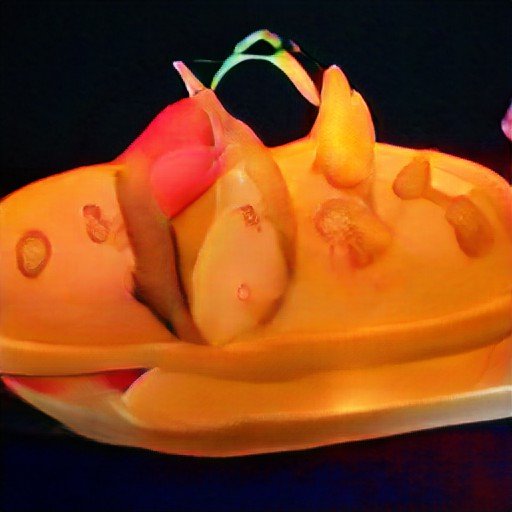 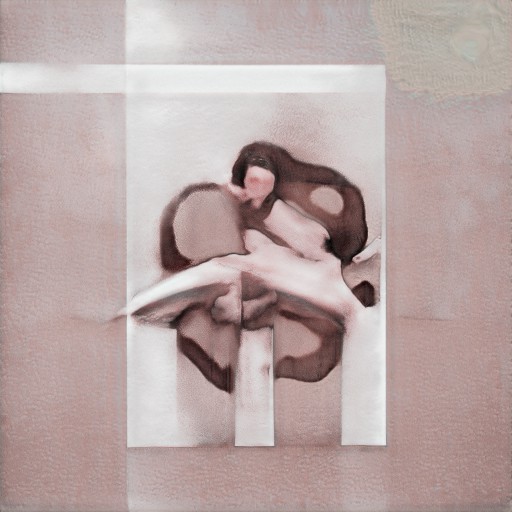 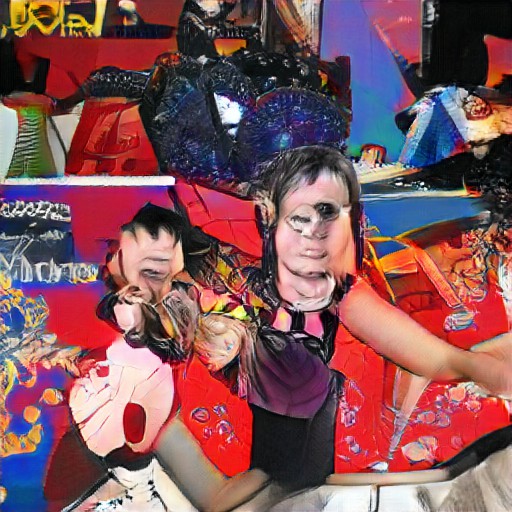 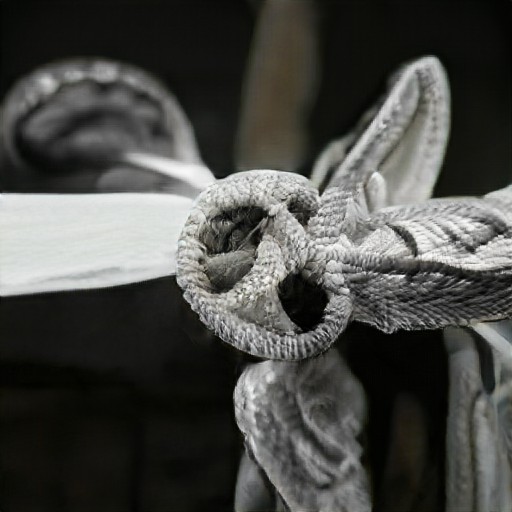 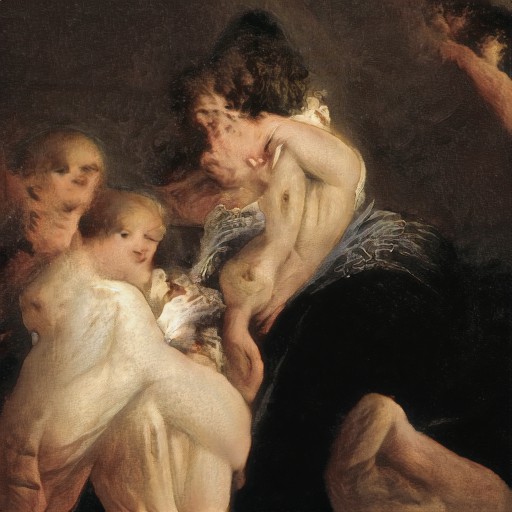